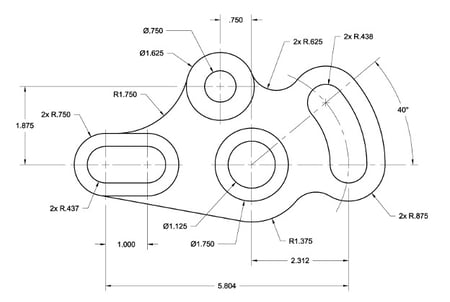 The downside to direct modeling in the professional world is that automation is near non-existent. The computer does not store changes made during the project. The model is simply a constrained geometric concept. If multiple changes are needed, they are not referencing one another, which could be time-consuming. 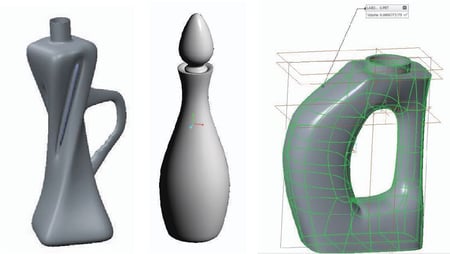 Figure: Examples of Direct Modeling. Note that these are dimensionless print models.

Parametric modeling: involves designing using features and constraints, which creates a design tree of features stacked upon each other. This type of modeling expresses the engineer’s design intent, a specification of how a part should appear and function.

Parametric is much more precise than direct modeling. Parametric modeling requires setting boundaries and parameters (hence, parametric) to create a product that easily allows integration into manufacturing. Although the regulation of dimensions is helpful in most cases, there are some downsides.

Parametric modeling strictly requires defining values. Any changes made to the model are not the first choice for prototyping. Since features such as extrusions or cuts linearly reference one another. Changes to a finalized project could be a recipe for error messages.

Figure: Example of Parametric Modeling. Note that each detail is dimensioned, resulting in a precise model.

When bringing a model to production stages, parametric takes the cake without question. Not only are dimensions critical to producing repeatable products. But some CAD software provides integrated CAM packages to take it a step further.

CAM, or Computer Aided Manufacturing: is commonplace in today’s world. Simply put, CAM is software that automates manufacturing processes by generating tool paths for a machine to output raw material. So, combined with the dimensions provided by parametric modeling, CAM is a step that naturally follows. 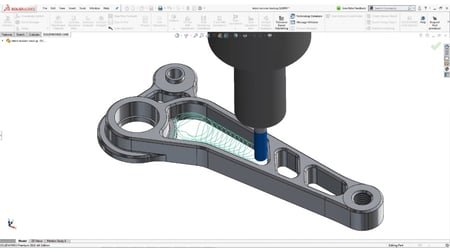 Figure: Example of the SolidWorks CAM package. An image of a CNC tool path and tool.

DeLoach Industries, we leverage the capabilities of programs such as SolidWorks and AutoCAD to provide quality products to our customers. Flexible between 2D CAD and 3D Parametric CAD can reduce project time, errors, and unnecessary costs. Contact us online at deloachindustries.com, or call us at (941) 371-4995. 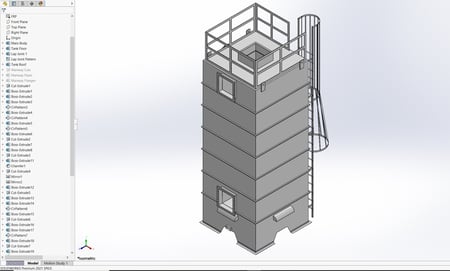 Figure: Example of Parametric Modeling at DeLoach Industries. Note: the design tree is on the left side of the screen.