The removal of carbon dioxide from water,

is a term called “decarbonation” and it relates to the process for stripping and removing Carbon Dioxide (CO2) from water.  You will hear the term decarbonation used quite often in industrial water treatment and in high purity water treatment.  Carbon dioxide along with other elements like nitrogen and oxygen are also removed during the decarbonation process.  Most gas air stripping such as decarbonation is based upon “Henry’s Law” but the removal of carbon dioxide is an exception to Henry’s Law because when water contains carbon dioxide it forms carbonic acid which can ionize into hydrogen and bicarbonate ions. 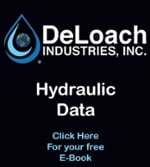 In the decarbonation industrial water treatment process and several extremely important factors are the alkalinity, pH, and temperature of the water.  The waters ability to neutralize acids is the simple definition of the term alkalinity.  However, the amount of substances in the water such as carbonate, bicarbonate, borate, silicate, and phosphate levels that define alkalinity greatly impact the efficiency of the decarbonation process and its results.  The pH of the water affects the equilibrium between carbon dioxide and the other elements in the water such as bicarbonate ions and for that reason the proper pH must be maintained in order to successfully remove the carbon dioxide.

Decarbonators provide a method to atomize the water

When producing high purity water the megohms of the water

must be 10 or higher to meet the normal standards applied.  Because carbon dioxide ionize in the water and forms hydrogen and because the hydrogen then ionizes to form hydronium ions and also bicarbonate ions it will decrease the resistivity of the water.  This is why it is often required to utilize a deionizer with a anion resin bed to remove the bicarbonate ions and other dissolved anions in the water.  If the water alkalinity levels are high it will create high levels of carbon dioxide to form as the water is passed through a cation resin bed and this will add additional load burden to the anion resin system and capacity. This is why when a two bed Anion and cation resin system are used it is standard practice to utilize a decarbonation tower after the cation resin bed to remove the carbon dioxide and extend the life and regeneration cycle of the anion resin bed. This same process of decarbonation is used for demineralizers and for reverse osmosis system and can be used upstream and downstream of a cation resin bed system.  The other variables that will impact the life of the anion and cation resins will be the percentage of alkalinity and other solids that are dissolved in the water.

To design an effective decarbonation tower it is important to consider all of the variables and key elements of a decarbonator or degasifier.  First there is the distribution system and distributors are all not made alike.  Some utilize weirs and others utilize tray types.  At DeLoach Industries we have tested all types of distributors and we utilize our custom designed high efficient “header latter” with nozzle systems.  These types of distribution systems in the DeLoach decarbonator towers provide an increase in CO2 removal yield prior to making contact with the media bed surface.  This is one of the reasons DeLoach Industries Decarbonators and degasifiers out perform all other brands on the market because we have focused on understanding the maximization of water atomizing for gas removal.

The other key elements are the method of controlling water channeling within the tower, the media support plat and the role it plays on air flow and hydraulic load, the DeLoach Industries patent pending air resister system that directs and prevents air from leaving in the effluent water system, and of course the air blower and air vane direction assembly that is designed for maximum velocity to impact the water flow in a counter current method. All of these key items should always be considered when designing and more importantly selecting a decarbonator, degasifier, or even a chemical or biological scrubber manufacture. Click to learn more about Industrial Water Treatment.

For more information or to learn more contact the professionals at DeLoach Industries Inc. at (941) 371-4995.