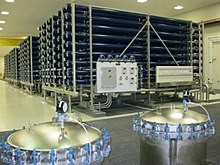 That a company that began in Sarasota Florida 60 years ago as one of the first developers of fiberglass products and water purification was there and contributed their intellectual knowledge when history was made? The company DeLoach Industries Inc., pioneered and founded in 1959 by Walter W. DeLoach (known to many as Bill DeLoach) and he pioneered the first forms of reverse osmosis and water purification. 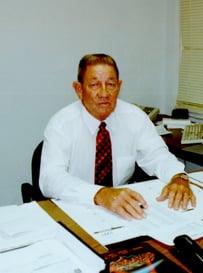 The actual first reverse osmosis units were made by DeLoach Industries for small residential communities in the Florida islands that were completely isolated from utility services of any kind. Later as DeLoach Industries evolved the company began to design and invent various forms of “degasification” (the removal of hydrogen sulfide gas H2S) and “decarbonation” (the removal of carbon dioxide gas CO2) equipment to assist in the water purification process. The use of a degasification tower to remove the normally occurring hydrogen sulfide gases drastically improved the water quality post treatment of the reverse osmosis process. At the Cape Coral water treatment plant facility DeLoach Industries manufactured and delivered two “forced draft degasification towers” in parallel to handle the original design flow pf 3 million gallons a day. In addition, in the early days of reverse osmosis development the membranes were very susceptible to fouling and scaling from the high levels of hardness and alkalinity in the water so pH control was required for pretreatment prior to the process. By deploying and utilizing two forced draft degasification towers at the “Cape Coral” the city was able to improve the water quality by lowering the total suspended solids (TSS), save millions of dollars on chlorine chemicals that are needed for disinfection after water processing, and millions of dollars were saved by the removal of the carbon dioxide (CO2) that allowed the pH of the process permeate water to rise back to a more neutral level without utilizing high levels of caustic chemicals. Initially the pH was lowered between 5 and 5.5 to protect the “reverse osmosis” membrane elements and post treatment the pH remained slightly acidic at a level around pH 6. The removal of the CO2 gas in its non-ionized state allows the pH to rise to a level of approximately 7 back in 1977. In addition to the removal of the carbon dioxide gas the “degasification” towers also removed the hydrogen sulfide (H2S) gas after its conversion from the lowering of the pH. By removing the H2S gas (approximately 99% removal) why it was still suspended at the lower pH the treated permeate water contained less H2S to react and oxidize with the chlorine after injection.

If the H2S levels were left at a higher range the chlorine consumption at the city of Cape Coral water treatment plant would have risen and with the additional oxidation of the H2S the total suspended solids in the water would have increased resulting in more turbidity and poorer quality water. Degasification to remove hydrogen sulfide (H2S) from reverse osmosis permeate water and other water treatment process remains the most cost effective and reliable technology. At DeLoach Industries the company continues to innovate new water treatment processes and enhancements to proven technologies to deliver the highest quality of water and the lowest operating cost. To learn how Degasification can help your water quality and cost improve please visit us at www.DeLoachIndustries.com or give us a call at 941-371-4995 to speak to one of our water treatment professionals.