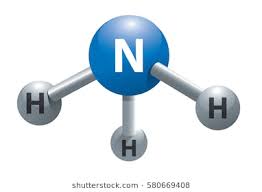 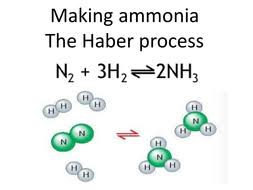 a sulfuric acid solution is utilized to neutralize the ammonia in the gas stream, and caustic can be used to adjust the pH of the waste stream before disposal. The ammonia-contaminated gas enters at the bottom of the vertical packed tower, and the air travels upward. A solution containing water sulfuric acid (H2SO4) is recirculated in a loop process. The chemical reagent is introduced at the top of the vertical tower through a distribution system designed by DeLoach Industries and travels down through and across the media bed. The random packed media is typically made from polypropylene material and is resistant to the low pH of the solution. The media bed is supported by a false bottom that separates the media bed from the solution tank below. Then the air travels upward it meets the acidic solution, and a reaction occurs to neutralize the ammonia gas.

It is critical to achieving high removal efficiency, and with a DeLoach Industries ammonia scrubber, the removal of 99% and above is achieved with total control and automation. DeLoach Industries' biological odor control and chemical scrubbers utilizing acids, caustic, and other reagents are designed to treat noxious gases in harsh environments. They incorporate additional controls to assist operators in their maintenance, such as air scoring systems or the new patent-pending technology for “Artificial Intelligence” (AI) built into the scrubber that monitors and adjusts essential critical functions and notifies service staff when a change in condition has occurred. With new technology, operators are now provided more support from their scrubbers than ever before. This technology being introduced and pioneered by DeLoach Industries will save thousands of dollars and countless hours from operators by informing them in advance of changes in conditions of the ammonia or other types of “odor control scrubbers,” including “biological scrubbers” used for “hydrogen sulfide scrubbing” and “acid scrubbers.” Just imagine a Scrubber that will think for itself, inform the operator of its performance status, and take the necessary steps to correct any change in performance. AI is also being incorporated into DeLoach Industries' complete line of air stripping, degasification, and decarbonation towers and systems.  The professionals at DeLoach Industries are available to answer any further questions you may have. Feel free to call us at (941) 371-4995.