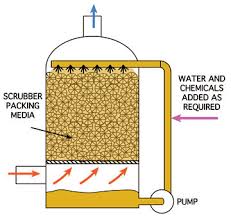 Odor control scrubbers also come with different purchase prices and each have different operating costs associated with them.  It is always important to analyze the operating cost of the odor control solution you select because there may be several different types that may all perform equally and each may have varying initial purchase costs but you should ask the question and understand “what will be the continued operating cost” be for the type of odor control system selected.  And how long will the scrubber I selected last before additional costs are needed for any major repairs to keep it running? When you are a design professional if you choose the odor control system that is difficult or expensive to maintain then you can be assured you will have continued phone calls from customers looking for answers and solutions. 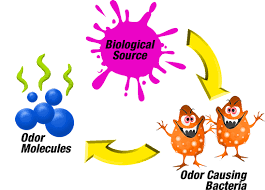 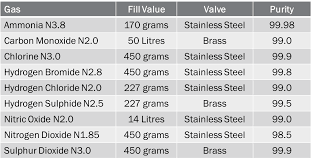 The type of Odor Control wet scrubber selected for the treatment and neutralization of Ammonia (NH3) gases depends on several variables including the type and source of the ammonia gas and whether or not it is “Free” ammonia and or unionized. Ammonia is a very miscible and stable molecule with strong hydrogen bonds which makes it very soluble in water and can be very difficult to treat without the use of a properly designed and sized ammonia scrubber. The concentrations, air flow rates, temperature of the gas stream, and chemical reagent being utilized such as caustic to first remove and then treat the ammonia all plays a significant role on the efficiency of the ammonia scrubber. Unlike other types of “odor control scrubbers” an ammonia scrubber is much more sensitive to variables such as the gas stream temperature because of the solubility of ammonia.