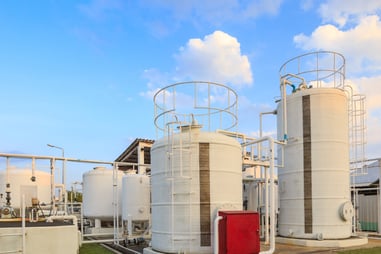 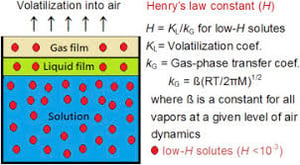 as it can react to other molecules within the water and form new molecules such as “carbonic acid” which then can transform through ionization into hydrogen and “bicarbonates”. To remove the bicarbonate through the decarbonation process once it has been formed will result in the rise of the pH levels within the water process. The uncombined molecules of carbon dioxide (CO2) that have been released into the solution can be removed by the decarbonation process with efficiencies of 99.9% or below detection limits.

To prevent the formation of bicarbonates?

By monitoring and controlling the pH of the water. When the pH of water drops below 4.5 all the dissolved carbon dioxide (CO2) remains as an uncombined gas and can be removed through the decarbonation process by utilizing a decarbonator. At DeLoach Industries we manufacture both an “Induced Draft” and Forced Draft” type decarbonator and degasification type systems for the  removal of carbon dioxide (CO2).  Municipal treatment facilities will typically require a pH of 5.0 to 5.5 during a membrane treatment process to prevent scaling on the membranes. Treating high purity water often requires a lower pH of 4.5 because of the requirements to remove all solids like iron from the water and achieve a resistivity of 10 megohms or less. Some Industrial water systems and high purity water systems utilize de-ionizers which is an anion and a cation resin bed treatment process. The bicarbonate must be removed because it along with the converted hydrogen gas that forms hydronium ions decreases resistivity in the water. If the water to be treated has a high alkalinity it will yield a high amount of carbon dioxide (CO2) during treatment as it passes through a cation filter. The high concentrated carbon dioxide (CO2) after cation treatment will cause high losses within the anion resin bed filter and require more frequent regeneration cycles unless the carbon dioxide (CO2) is removed by decarbonation with a decarbonator tower. When producing high purity water, it is important to incorporate the use of ultra-air filtration on the intake of the blowers or air vents. It is common to incorporate a HEPA filter to remove all impurities from the air before entering the decarbonator. DeLoach Industries designs and manufactures decarbonator tower systems and degasification systems that provide high level of carbon dioxide (CO2) removal of 99% or greater while maintaining the lowest operating cost and the lowest capital cost. The use of membrane degasification has certain but limited applications and when compared to the capital cost and ongoing operating cost there is no comparison to a properly designed decarbonation tower system. When considering the selection process, one must remember that when attempting to filter carbon dioxide (CO2) and other solids from the water with membrane technology the amount of energy required to develop the pressure necessary is far greater by a multiple of 10-100 as opposed to the utilization of a properly designed decarbonator.

Avoid allowing the pH to rise to a level of 8.5

To prevent the 100% ionization of the carbon dioxide (CO2) in the water process. The reason the pH of the water is so critical is that it controls the equilibrium between the bicarbonate ions and the carbon dioxide ions. Once the pH of the water is set well below the 8.5 and the ionization of the carbon dioxide (CO2) is not occurring you can process the water through the decarbonation tower and the carbon dioxide (CO2) will be stripped away and will leave the decarbonator as a gas en-trained in the exhaust air stream. At a municipality you may see water pH reach levels of 8-8.5 post reverse osmosis treatment and post decarbonation or degasification treatment. This does not normally present a problem unless there are concentrations of hydrogen sulfide (H2S) which will not convert to a gas at levels above a pH 7 effectively leaving the unconverted sulfides in the water which will react with the disinfection process and drive operating cost up as well as water quality in terms of TSS (total suspended solids) which will rise. When considering water treatment, the following conditions remain constant for Industrial Water Treatment, Municipal Water Treatment and High Purity (Ultra-pure) Water Treatment. Maintaining a pH well below 8.5 and into the range of 5-6 will ensure removal of carbon dioxide (CO2) in the most cost-effective process “Decarbonation” and will prevent the formation of bicarbonates. Also, the capital cost and operating cost of the various process available to remove carbon dioxide (CO2) are ranked in the following manner. Number one (1) is defined as the lowest capital and lowest operating cost down to the highest capital cost and highest operating cost.

The capital cost is calculated with the complete system components and infrastructure required to operate and the operating cost considers the cost of operation from electrical cost, cleaning cost, repair and replacement cost, and time required to operate and maintain. So, when choosing and selecting a method to perform decarbonation first obtain an analysis of your water to allow a full and complete calculation to be performed. 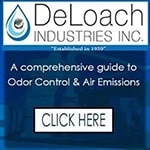