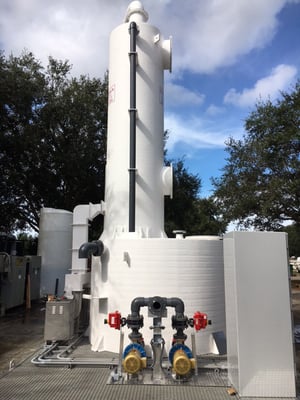 ". The evolution and advancement of water treatment have been driven by the constantly increasing demand from an increase in population that demand cost-effective solutions and recognition to improve safety with the implementation of NSF 61 standards. 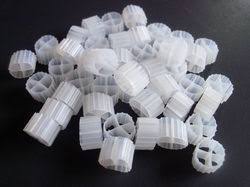 Once the water encounters the top of the media it begins its journey downward by gravity and quickly equilibrates and depending on the volume of water to the size of the tower it establishes its “Hydraulic Load” within the media bed. The hydraulic load is calculated during the design phase and plays a key role in the selection of the size of the tower and even the type of media to be utilized. Each application requires careful consideration to provide the highest efficiency and lowest operating cost. Depending on what type of media is utilized within the vertical packed column the degasification process begins as the water travels downward and the media bed constantly reshapes the water droplets over and over again. The spreading and reshaping of the water allow new trapped gas molecules to travel to the surface edge of the water and exposes the gas molecules to the countercurrent air flow. As the water with the dissolved gas molecules travel downward and encounter the cross current air flow the gas molecules are “stripped” from the water at a rate that is dependent on the proportional pressure. There are several “Henry’s Laws” formulas that can be utilized to calculate the degasification process such as (H xp= X/P) and (Hcc= Hcp X RT) just to identify a couple that plays a role during the engineering and design phases of selecting and sizing a degasification and decarbonation tower. All of the stripped gases are entrained in the air stream and then leave the tower through the exhaust at the top of the tower. This is the “basics of water degasification”.

Why utilize degasification in a water treatment process?

There many reasons that degasification and decarbonation are utilized and some are related to the treatment of drinking water and others for boiler feed water treatment. However, there are forms of degasification that are required during the manufacturing and production of chemicals, medicines, and even cosmetics. But the most prevalent need is water. Quite often when water is utilized in the production of steam it must first undergo a rigorous treatment process consisting of the removal of all salts and other harmful elements that will damage and degrade the boiler system. The water is often treated with CATION and ANION resins to remove minerals and "soften" the water. During this process, pH is often adjusted and the formation of CO2 (Carbon Dioxide) is produced or may already be present. The CO2 must be removed through degasification prior to the CATION and ANION bed treatments to avoid the higher operating costs and an increase in regeneration cycles. 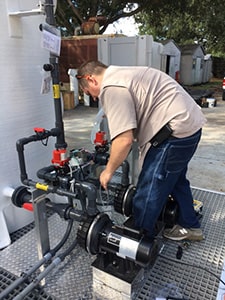 There is no other method more cost effective to remove CO2 than “Degasification for the production of steam. Gases such as CO2 (carbon dioxide) must be removed prior to the water entering the boiler to prevent corrosion and scaling inside of the boiler and its tubes. When CO2 is left in the water it forms “Carbonic Acid” and begins to corrode all metal surfaces it comes into contact with and reduces the performance and also shortens the life span of the equipment needed to produce the steam. In the drinking water industry C02 is also removed from the water process but normally this is done to avoid scaling and also to raise the pH of the water. During the production of drinking water, the pH is often lowered to facilitate the removal of the sulfides from the water and to lessen the chances of scaling if the process involves "Reverse Osmosis", "Nanofiltration", "Ultrafiltration", or even water softening. After the pH of the water is lowered and it is filtered through a reverse osmosis treatment then the pH normally needs to be adjusted and raised back to a neutral level of 7. The most cost-effective method is to utilize the degasification process and it is commonly called “Decarbonation”. The CO2 is removed and the pH raises without the need to inject other chemicals like sodium hydroxide (Caustic). When water is being treated for the municipal market very often other elements like sulfides degasified to remove CO2 and other dissolved gases such as Hydrogen Sulfide (H2S) or as commonly referred to consumers “Rotten egg gas”.

“Degasification” and “Decarbonation” are the most cost-effective technologies,

to remove and perform degasification in a water process. Regardless if you are removing CO2 to elevate the pH of the water by stripping out the carbon dioxide gases or if the removal of manganese and hydrogen sulfide is required. Degasification is the most cost-effective technology to accomplish this task. Many applications require mixed bed water treatment post reverse osmosis treatment and the removal of CO2 is required before the mixed bed process, to avoid placing additional load on the ANION resin bed. The most prevalent method in the industry is to utilize a forced draft “Decarbonator". Liquid cell membrane technology is another technology available but while it does allow for the removal of certain gases, it also includes a higher operating capital and operating costs than a forced draft decarbonation system. When the pH of the water is first lowered prior to reverse osmosis to help prevent membrane scaling it passes through the membrane treatment and the pH will remain in the acidic range typically around 5.5-6. After the RO process, the water is pumped to a “Decarbonation” or Degasification system. The CO2 is stripped within the decarbonator and is captured in the catch tank below the tower.

It is common for the pH of the water to increase from 1 to 1.5 units after decarbonation and the water will have a neutral pH of 7-7.5. This eliminates the additional pH treatment that would otherwise be necessary. If degasification was not utilized to lower the pH then more chemicals would be needed such as caustic (a base) to raise the pH back up to a neutral level of 7. The cost of degasification with a degasification tower is far more cost effective than chemical use when you review the operating cost of a typical water treatment facility. DeLoach Industries Inc. is a 60-year-old company that specializes in the design and manufacturing of; “Decarbonation”, “Degasification”, “Pressure Filtration” and “Odor Control Systems”. DeLoach Industries has continued to advance the technology of degasification and decarbonation with their vertically packed tower systems and they continually improve efficiency within their systems while lowering the operating costs. 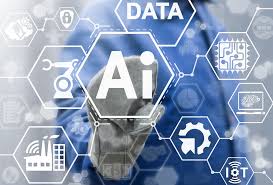 eLoach Industries focuses on key components such as their proprietary "NSF" distribution systems which begins the removal process and has increased their efficiency 7-8% over conventional distribution systems. The types of media utilized and the ability to properly and evenly distribute the air as it enters the tower. Which has lead DeLoach Industries in the development of the “air vane flow system” and is now a key component that impacts the performance of a degasification tower. DeLoach Industries is currently designing one of the first “smart” degasification tower utilizing “AI” (Artificial Intelligence) on the market which began being released in 2018 to better serve the water professional industry. For more information or to learn more, contact the professionals at DeLoach Industries Inc. at www.DeLoachIndustries.com (941) 371-4995.